Not only is it cheaper, the treatment is often better- and clients from the UK enjoy the anonymity

South Africa is fast gaining a reputation for world-class drug and substance rehabilitation, with scores of foreign addicts jetting in to face their demons at private treatment centres, at a fraction of what it would cost them abroad.

Minor celebrities, international models and even a godson of Britain’s Prince Charles are among those who have come hoping to conquer addictions ranging from alcohol and drug abuse to sex and gambling.

Nicholas Knatchbull, Prince William’s mentor at Eton school and the heir to the Mountbatten title, enrolled at Stepping Stones Addiction Centre in the seaside village of Kommetjie, near Cape Town, earlier this year.

The presence of Knatchbull, also known as Lord Romsey, who had already done a stint of rehab at the internationally renowned Priory Hospital in Roehampton, outside London, had the paparazzi camped outside the Kommetjie centre trying to pick up any snippets of information about the heavily tattooed youngster.

But his stay, widely reported in the British press, resulted in other British addicts coming to South Africa for treatment. 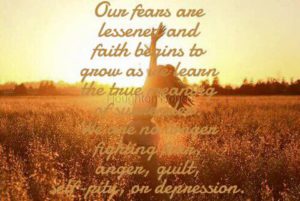 Stepping Stones, ironically next door to a pub and beer garden, is a licensed psychiatric hospital and costs foreigners R46 000 for a 32-day programme (R34 000 for locals) – a far cry from the Priory, which could set clients back between R60 000 and R100 000 a week.

John Brock, the chief executive officer of Stepping Stones, said clients came to SA clinics from Britain, Europe, other parts of Africa as well as the Far East and Australia.

“Price is the key. What you’d pay here for four weeks and more, you’d pay for one week in the UK.”

Brock said people were also attracted by the world-class treatment offered in South Africa, although he warned of several fly-by-night centres opening up.

“The old days when clients were simply alcoholics are long gone. Now they might be addicted to alcohol but also to cocaine with a sex addiction and a gambling problem as well. Plus they might be having psychotic episodes.”

Rodger Meyer, medical director of the Kenilworth Clinic, in Cape Town’s southern suburbs, said that what had started as a trickle of foreigners coming to South Africa for treatment had become a “steady stream”.

“We provide top-class treatment and it’s often more affordable to come here, although the financial aspect is not the only reason.”

He said some clients preferred treatment in another setting, while others might have exhausted treatment options at home, and come here as a last resort.

“We often get the challenging cases; people who have been through the system in the UK. Sometimes they have dual disorders like a psychiatric disorder combined with an addiction.”

Meyer said foreigners could also get rapid admission at facilities in South Africa compared to those in the UK and Holland, for example, where there were often long waiting lists.

The Kenilworth Clinic has had its fair share of celebrity clients, including international models, but Meyer said they did not cater to “rehab royalty”.

“Rehab is actually a great leveller, and it’s important not to pander to the celebrity element.”

He said referral agencies in the UK and Europe were a growing industry, and one that had “piggybacked” on that of treatment centres.

“A lot of agents have realised we’re cheap compared to centres overseas, so they add on a fee to facilitate the process.”

This was confirmed by Alex Hamlyn, the director of the Houghton House addiction centre in Johannesburg, who said a lot of agencies were actively promoting referrals to South Africa.

They had seen a huge increase in foreign clients in recent years, with South Africa offering “significantly cheaper” treatment options.

He said it cost in the region of R84 000 for an average six-week treatment programme in the UK compared to Houghton House’s six-week programme which cost R30 000.

“Plus the quality of treatment here is of a very high standard, which helps.”

Hamlyn said some of their high-profile clients came to South Africa for confidentiality.

“Being thousands of kilometres away from the UK probably suits some people very well,” he said.

Private rehabilitation clinics in South Africa charge anything from R34 000 for a four-week-programme to around R60 000 for two months.

Veronica Orme, the marketing manager for Oasis, a registered counselling centre in Plettenberg Bay, which offers a 12-week rehab programme, said a large percentage of their clients were from the UK.

She said many clients found it much cheaper to come to South Africa, while their programme was also more “in-depth” compared to many offered abroad.

“People also like being away from their own environment. Here we have beach walks, music therapy, swimming with dolphins and hikes, so they learn to enjoy life again.”