Samuel* started snorting CAT on weekends while partying with friends. The 24-year-old did this all in the name of fun. But soon the Methcathinone habit – known as CAT – dragged into the week.

“On Mondays I needed something to help me cope and that is where CAT came in handy,” he explains. 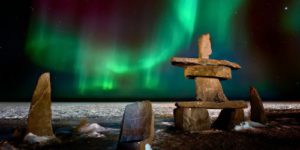 “It gave me that alertness to do my work. I used drugs every day. I couldn’t get out of bed or face people without them.”

It has been two weeks since he was admitted at the Houghton House addiction recovery centre in Joburg, where high-profile addicts such as kwaito star Kabelo Mabalane once received treatment. The centre, established 15 years ago, uses recovering drug addicts to counsel others.

At 14, Samuel had started smoking dagga and when he left high school he was introduced to harder drugs. Ultimately, Samuel says, he used “party drugs” including ecstasy, heroine and a bit of lysergic acid diethylamide (LSD). He even experimented with Crystal Meth commonly known as Tik.

He was jailed twice for six months but even that couldn’t stop his habit. His relationship with those he called friends then hit rock bottom when he stole to support his habit. He spent between R1 000 and R2 000 a day on CAT.

“I moved to London to start afresh, but within three days I was back on drugs,” he confesses.

“That caused a lot of pain for my family and I felt like a loser. On my return to SA I started making my own drugs with recipes on the internet.”

The practice went on for years until he became ill and felt the consequences of addiction. He lost his vehicle and then personal belongings. Yet his habit continued. He lost weight and often had bruises on his face from fights under the influence.

“I was isolated. I had no friends. I lived alone in a flat without a carpet or mattress, but I had my CAT – all that mattered to me,” he says.

Dean Francis, 38, spent R1 000 a day on cocaine for 20 years. He says the greatest hurdle for many addicts who kick out the habit is relapsing.

Francis who now works as an addiction counsellor at the centre says he abused dagga, alcohol and later cocaine.

According to the South African Community Epidemiology Network on Drug Use, substance abuse has become a huge problem across South Africa with a total of 8 924 patients seen at treatment centres in six months last year.

The recently-released United Nations World Drug Report named South Africa as one of the drug capitals of the world.

An overall picture of drug treatment admissions in the country derived from 72 treatment centres showed there was an increase in the use of drugs among youth under the age of 20.

The South African Depression and Anxiety Group (Sadag) warned that there was a need to heighten the awareness on the severity of drug and alcohol abuse.

“It is vital to establish substance abuse prevention programmes at school level as substance abuse is a rapidly growing problem among the youth,” said Janine Shamos, project director at Sadag.

Alex Hamlyn, director of Houghton House, said there has been an upsurge in people going to treatment centres to seek help.

“It has almost become fashionable to get into rehab, but it is also setting a dangerous precedent, even though it helped to put drug addiction into the public forum,” he said.

“Substance abuse is on the increase as more and harder drugs are becoming easily available.”

Hamlyn, however, remains confident of the success rate at his centre.

“We are seeing profound improvement in the quality of life for all our patients, but it is still a huge task,” he admits.

The centre’s facilities can take up to 20 addicts over a six-week period which includes intense workshops on relapse prevention.

Gaye Touriel is a social worker and trends addiction counsellor who believes alcohol is one of the most underrated drugs that continues to wreak havoc in society.

“People graduate from being alcohol users to becoming multi-drug users and they progress to even harder drugs,” she said.

Touriel said it was unfortunate that, in some instances, young people were finding addiction to drugs as glamorous, and therefore failed to see the devastation that comes with it.

“We see addiction as an illness, it is chronic, progressive, and it can be fatal. That is why we have employed former addicts to counsel addicts at the centre.”

And for Samuel, routing the habit of almost 10 years with guidance from those who know the nitty-gritty of the problem is the best time of his life.

“Being clean is best for me already,” he said, smoking his cigarette down to the filter.

* Not his real name.